What is the CPU? CPU is a chip inside your computer which is responsible for the day to day task. It is the most important part of your system. In order to keep it safe and get optimum output, you must maintain a normal CPU temperature.

Furthermore, how you can check CPU temperature on Windows 10 & 7? We have explained these questions in detail. So stick with this post.

But the first and important thing that you must do regularly in order to enhance your CPU performance, is to clean your PC. As you know that dust is the enemy of electronics, and computer hardware is no exception.

If you ignore this important step then with the passage of time dust and debris will accumulate in computer cases blocking the air vents. When air is blocked the CPU fan and computer fan will exhale less fresh air. This insufficiency of fresh air then causes high computer temperature in general and high CPU temperature in particular.

If you ignore this situation for a longer period of time then the next thing which you face will be the sluggish computer or blue screen of death.  That’s a very serious situation which everybody would prefer to avoid it.

Well, a clean computer is the simplest recipe to achieve and maintain normal CPU temperature.

Modern CPU of Intel & AMD (specially Ryzen) processors have a maximum CPU temperature of 110 Degree Celsius. That’s the CPU temperature where they can perform without any glitch.

These CPU’s also have a protection feature known as a fail-safe. When CPU temp reaches a critical limit, it starts throttle which decreases the electric current resultant decrease performance. This fail-safe feature help PCs to revert back to what is called safe CPU temperature.

This feature also lowers the computer’s CPU temperature. However, computer users must avoid this max CPU temperature range at all costs in order to protect their power rigs.

What Is The Normal CPU Temperature For Windows PC?

But various studies show that the ideal CPU temperature is as cool as possible. That means the ambient temperature which is usually considered room temperature.

If the above CPU temp is unable to attained then for a system that is healthy and has an adequate cooling system the normal CPU temperature should be around 45- 65 Celsius.

But the real problem starts when CPU temp hits 80 Degree Celsius, here you must take precautions and reduce the load from CPU. But what is CPU load? Applications, encoding, and gaming are partial workloads that affect CPU temp. Try to reduce it.

What is Average CPU temperature When Gaming?

The question, how hot is too hot for a gaming PC is what asked by many internet users. Here is provided the good CPU temperature range for gaming PC.

Now you can easily measure your PC ‘s CPU temperature with the above chart and start countermeasures.

As a general rule if the average CPU temperature while playing games is 70-80°C. It is still acceptable but it must not exceed that limit.

Although Intel and AMD told that their processors can handle high temperatures like 100 to 110°C under load. But that’s not true because games put heavy stress on CPU and when CPU temperature limit reaches the above-mentioned gaming range than necessary precautions must be taken to prevent damage.

Intel Core i7 8700K is considered to be the best CPU for gaming.  When it is put under 100% stress its temperature goes around 79-80°C which is a good CPU temperature limit.

What is Idle CPU Temperature?

How To Monitor/Check CPU Temperature?

First, be clear that Windows 7 or Windows 10 doesn’t have any built-in tool to check CPU temp. So in order to reveal this hidden information you need to download CPU temperature monitor. These are third party PC heat monitors so windows don’t have anything to do with them.

It’s something that everyone is probably wondering about and keen to know. Whether lower CPU temperatures will make your PC perform better Or whether high CPU temperatures have the opposite effect.

It is a fact that the machine delivers the best performance when they are cool, the same principle also applies to Computer’s CPU.

As long as the CPU temperature is within the acceptable limits, you will see that it performs tasks quickly. So always pay very close attention to maintaining normal CPU temperature for better performance.

How to Deal with High PC Temperature

There are several methods that can be applied in order to lower and maintain normal CPU temperature. These are; 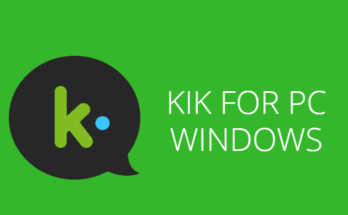 Kik for PC – How To Download Kik for Windows 10 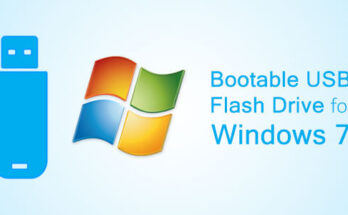 Hi, this software is 404, Please reupload it. Thanks team